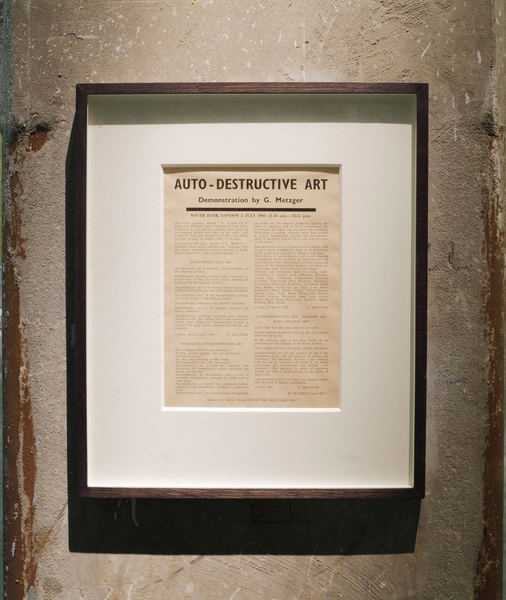 Gustav Metzger (B.1926 - D.2017) was born in Nuremberg, Germany. He moved to London in 1939 where he studied at the Borough Polytechnic. He went on to create politically charged art, giving lectures, producing manifestos and films. His auto-destructive art was an anti-capitalist gesture against global corporate power and domination, rather than simply a formal gambit. Metzger didn’t want to destroy art. Artists, he believed, had a responsibility to help society and to prevent future wars.