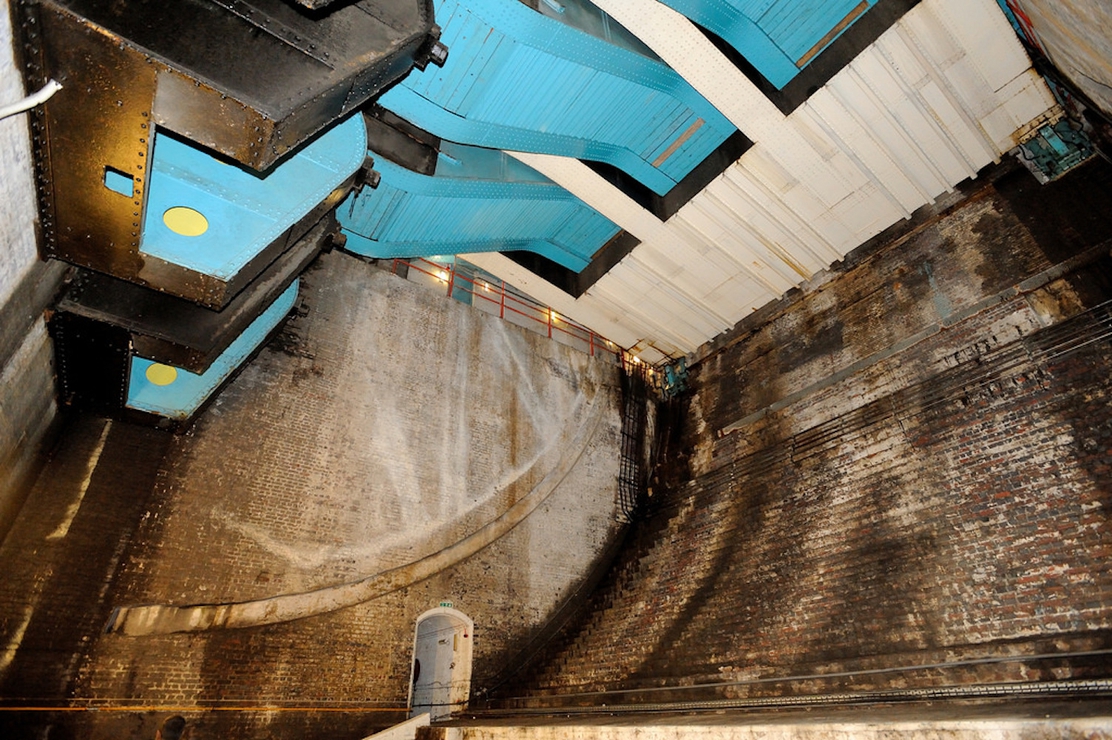 Inside the bascule chamber at Tower Bridge: Creative Commons Photograph by Jez B from Flickr

The lifting of Tower Bridge

Tower Bridge is an iconic visual symbol of London but the intimate sounds of its operation are heard by few apart from the Bridge's engineers and maintenance staff. The three field recordings presented here uncover a rich and startling sonic world of old engines powered by compressed air, the dissociative whine of modern electric motors and an echoing symphony of noises made by the road section as it descends from view into one of the Bridge's hidden bascule chambers. Taken together, the sounds of Tower Bridge capture a sense of the city's grandeur and colossal indifference at odds with the images promoted to tourists and inhabitants alike.

The London Sound Survey is a field recording and sound research project started by Ian Rawes in 2009. Since then, it has amassed around 2,000 recordings of the capital's life, along with archival recordings from the early and mid 20th Century and historical references from as far back as the 11th Century. The project's goal is to develop an encyclopedic account of London's past and present soundscape. It has been featured on national and local radio, local TV and in the national press.