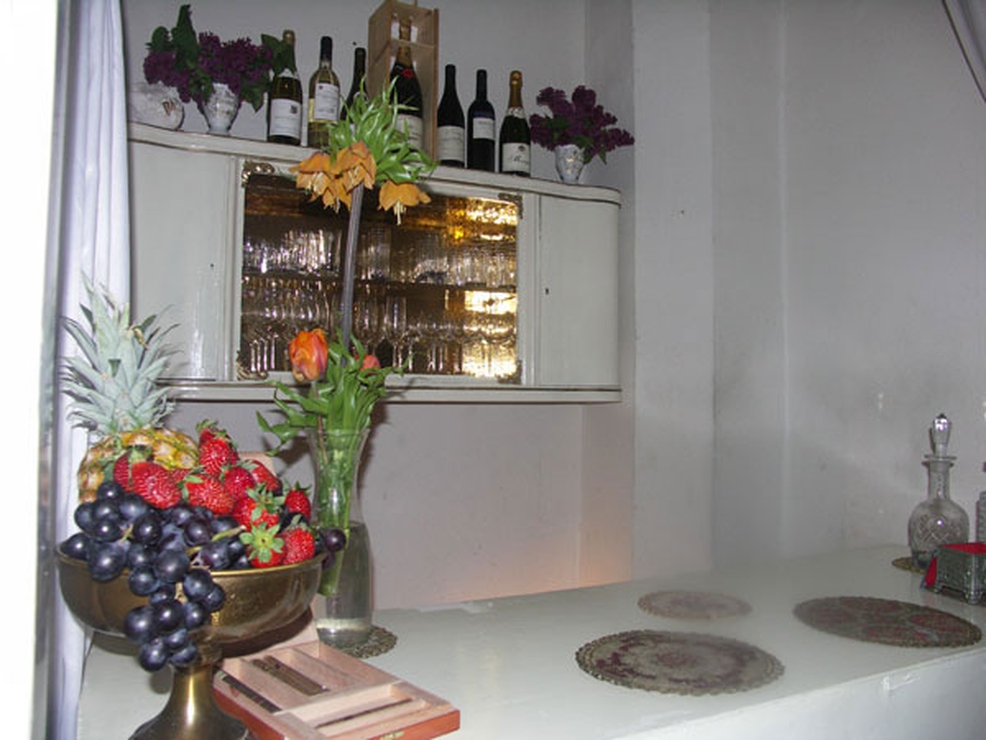 Peles Empire: artists talk(ing) at the bar with Tuica

Last in the Friday Late series at Young London 2012, V22 is pleased to present Artists talk(ing) at the bar with Tuica by Peles Empire.

Based around the notion of copying the copy, Peles Empire (Katharina Stoever and Barbara Wolff) is concerned with themes of reproduction and transformation. Borrowing the name of the late-19th-Century Romanian castle: Peles - the ongoing work is a series of recreations of its eclectic interiors in two and three-dimensional forms.

Artists talk(ing) at the bar with Tuica offers an alternative to the conventional 'Artist Talk' as a means of engaging in conversation with the artists. Katharina Stoever and Barbara Wolff will be serving cocktails made with Tuica, a traditional Romanian plum spirit, and invite us to join them around the bar at V22.