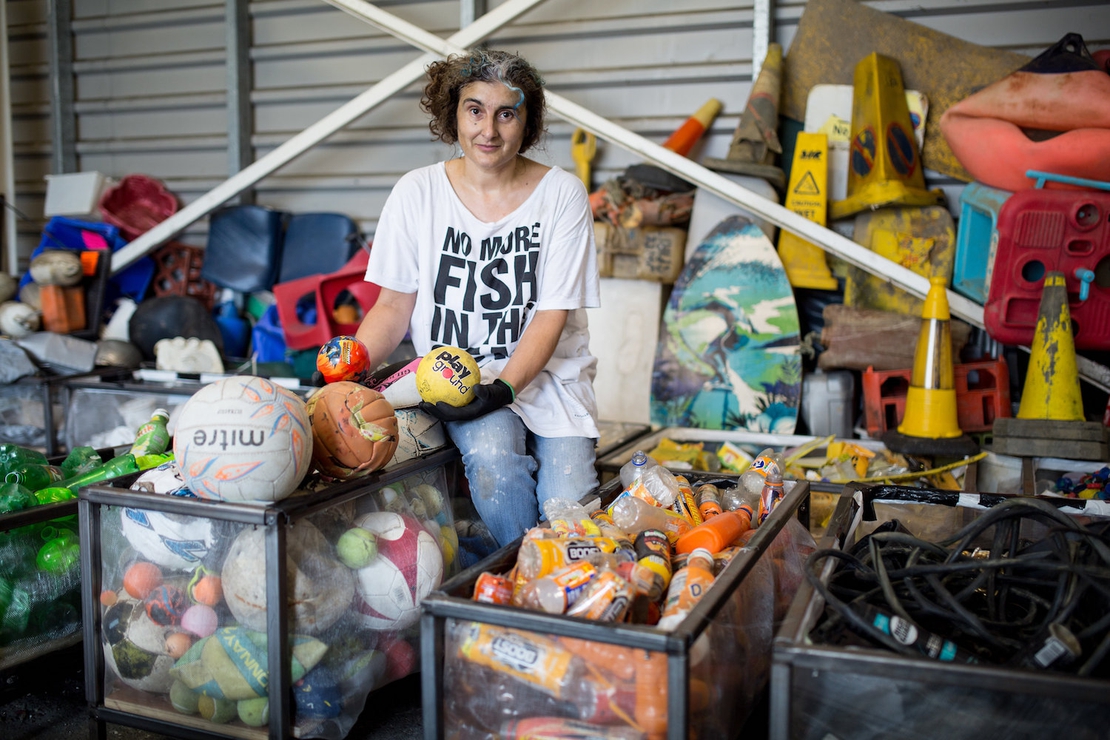 Thames Plastic and the Exploration of Future Dust

Plastic pollution is fast becoming the most ubiquitous environmental and archaeological signature of the Anthropocene, but it has yet to be recognised in the wider public realm. With a focus on London’s river Thames, this year long multi-disciplinary project brought together a wide network of cross-disciplinary partnerships to creatively challenge, engage and inform our understanding to the widespread dispersion of plastic debris on both fluvial and marine environments.

Join artist Maria Arcea for a talk about her latest project 'Thames Plastic and the Exploration of Future Dust'.

Between September 2016 and September 2017 as Artist in Residency with Kings College London, artist Maria Arceo conducted a whole tidal river clean-up operation across 40 accessible foreshore beaches, from Teddington Lock, all the way to the sea. Throughout the project, KCL students and members of the public were be invited to take part in a wide programme of clean-ups, public talks, lectures, events, and interactive workshops that explored the issues of plastics across water environments. The project culminated in two major installation events:

The first one, ‘Plastic Lab’, took place in June 2017 at the River Terrace of Somerset house as a public interactive-workshop-installation. The event was supported by KCL student ambassadors and was accompanied by a Pop-up Chemical Lab provided by King’s Chemistry Department. The aim of the week long event was to allow the public to physically engage with all the items Maria collected from the Thames. The display intended to expose (both visually and scientifically) the serious issues associated with water bourn Plastics, as well as the magnitude of plastic litter that runs off from the streets of London into the Thames; ultimately making its way into the ocean.

For her second, and final installation, ‘Future Dust’, Maria used the resulting colour-coded plastics from the workshop for the construction of the main artist commission for the Totally Thames Festival 2017. Although, through out the project, Maria had only a small electric car as her only means of transport, the resulting 12m x 4m artwork, was made up of thirty-four individual metal cages set onto a wooden platform in the shape of a shoeprint.

Throughout the whole September 2017 the installation, designed as a ‘literal’ visual representation of London’s plastic footprint on the Thames, travelled across six prominent river locations in London: Trinity Buoy Wharf, Potters Fields Park, Oxo Tower Courtyard, St Katharine Docks Marina, Watermans Brentford and Canary Wharf Pier. It was made in to a light installation with the collaboration of Dutch interactive light artist Tim Scheffer.

Anyone under the age of 16 years old must be accompanied by an adult.

Permanently based in London, Spanish artist Maria Arceo uses installation, sculpture, photography, and film, to explore close interactions between human manipulation of the natural world and nature’s response to these interferences. From the early stages of her career, Maria's work has display strong links with both her childhood fascination for archaeology, oceanography and science. Her passion for water led her to seek human footprints on all kinds of aquatic environments.

“Dust to Dust…Most of my work is based on the systematical study of the various ways in which human footprints manifest onto the natural environment. My passion for water, led me to seek all kind of human ‘footprints’ on aquatic environments which, in turn, led me into the systematic exploration of their final evolution into Dust.”